Jane Kennedy has worked in the media in Australia for over 25 years as an actress, writer and producer. She is a member of the Working Dog team who has produced some of this country's most popular films and television shows including 'The Castle', 'The Dish', 'Frontline' and 'Thank God You’re Here’. Starting her career in radio in the late eighties at 3UZ in Melbourne, Jane went on to become an integral part of a number one rating breakfast show on Triple M FM where she met comedy performers The D-Generation. Kennedy is well known as a cast member of'The Late Show’and ‘Front Line’, and was an original producer of Network TEN’s ‘The Panel’. Clearly taking their commitment to comedy too far, Jane and partner Rob Sitch have five kids under the age of 13. 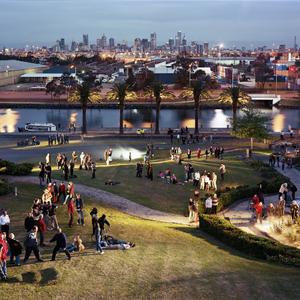