James Gulliver Hancock, an illustrator from Australia now based in both Sydney and New York, feels sick when he’s not drawing. He panics that he may not be able to draw everything in the world, at least once. All the Buildings in New York is one of his personal projects—it stems from an interest in obsession and the recording of places. In an attempt to make up for time not spent in the city that never sleeps, he makes it personal by passing a pen over every structure. This obsession with re-imagining the world has also seen him draw for major print, TV and music publishing projects, working with clients including Coca-Cola, Herman Miller, the New York Times and Ford Motors. 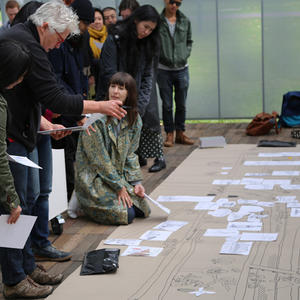