Daniel Schlusser is known as a restlessly experimental artist of the stage, directing ground-breaking theatre productions both within Australia and internationally. He is one of Australia’s most influential directors and an acclaimed performer, writer, choreographer and dramatist. Daniel has created works for major festivals, staged numerous premiere productions by both Australian and international writers, and worked with classics from the Russian and European canon. He has participated in the Young Directors Forum at the Berlin Theatertreffen, worked with Armin Petras at the Frankfurt Schauspielhaus and been awarded both Besen and George Fairfax Memorial fellowships. 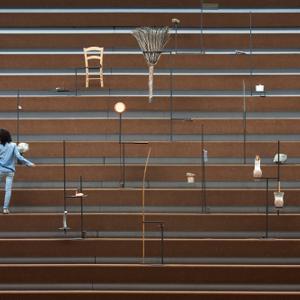