LAB DE STU is a cutting-edge, independent Melbourne design collective. It’s a uniform banner that lets designers Dale Hardiman, Adam Lynch and Andre Hnatojko show their work collectively, while working collaboratively or independently. The three have won many awards for their designs—for example, in 2013 they won Best Light Design at the Fringe Furniture Awards for the Polly Popper, as well as the Green Award at the VIVID design competition for Mr Dowel Jones, which also picked up a vote as one of the best products in that year’s London Design Festival. They exhibited most recently at the Milan Furniture Fair, and in early 2014 were part of Melbourne Now at the National Gallery of Victoria. 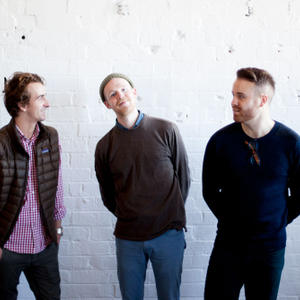