Seven-time ARIA award-winning songwriter and composer David Bridie is the quiet achiever of Australian music. A founding member and songwriter of critically acclaimed musical groups Not Drowning Waving and My Friend the Chocolate Cake, he has released three solo albums since 2000, all combining his experimental music roots with his professional specialty in Melanesian music. David is a prolific and in-demand film and television soundtrack composer. His film credits include Proof, Bran Nue Dae, The Man Who Sued God and Gone; his television work includes Remote Area Nurse, Mabo, The Circuit and Strange Birds in Paradise. As a music producer, he has helped launch the careers of indigenous musicians including Archie Roach, Christine Anu and Frank Yamma. 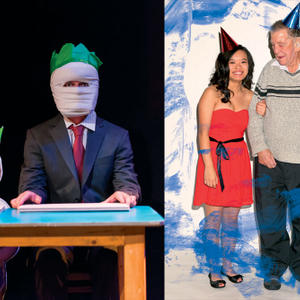 Melbourne Festival: Eavesdropping on Artists: Have I No Mouth / Hello, Goodbye & Happy Birthday