Claire Roberts is a historian of Chinese art, a curator and a senior lecturer in art history at the University of Adelaide. She was a co-ordinate research scholar at the Harvard-Yenching Institute, Harvard University (2011); a research fellow at the Radcliffe Institute for Advanced Study at Harvard (2009–2010); a research fellow with Geremie R Barmé’s Federation Fellowship project at the ANU College of Asia and the Pacific, the Australian National University (2006–2009); senior curator of Asian Arts at the Powerhouse Museum (1988–2010); and curator at the Museum of Chinese-Australian History (1986–1988).

Claire studied at the Beijing Foreign Languages Institute (1978–1979) and the Central Academy of Fine Arts, Beijing (1979–1981). She has a Bachelor of Arts (1983) and a Master of Arts (1987) from the University of Melbourne. Her PhD (2006), undertaken at the Australian National University, focused on the work of modern Chinese brush-and-ink painter Huang Binhong (1865–1955). Claire has published widely on Chinese art and visual culture, and has curated numerous exhibitions—most recently Go Figure! Contemporary Chinese Portraiture at the National Portrait Gallery, Canberra, and Sherman Contemporary Art Foundation, Sydney (2012–2013). Her most recent books are Photography and China (2013), Friendship in Art: Fou Lei and Huang Binhong (2010) and Other Histories: Guan Wei’s Fable for a Contemporary World (2008). 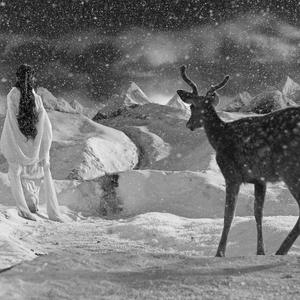 MTalks: ACMI and MPavilion present: A discussion about the ‘Yang Fudong: Filmscapes’ exhibition and new museums in China